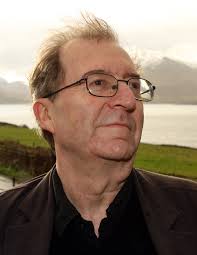 Roger Hutchinson, on books and other things

One hundred and fifty years ago, in the 1870s, a campaign was waged which would be recognisable today.

Led by the Inverness Gaelic Society, activists across the United Kingdom lobbied to get Scottish Gaelic included in the national census, as Irish Gaeilge had been since 1851.

It was a successful campaign, not least because the activists found it relatively easy to get a sympathetic Liberal Home Secretary onside. William Harcourt was a native of Oxfordshire but was no stranger to Gaels and their language.

He spent several summers sailing in these waters and coming ashore at west coast landing places. A few years later he would listen respectfully to the crofters, contemptuously ignore the Scottish landowning classes, and introduce the transformative Crofters Act of 1886.

There may have been more. There were certainly more in the rest of the UK and overseas. But it offered a useful head count of what was a relatively intact Gaidhealtachd in the north and west.

Then came decline and fall.

Since 1891 the Gaelic census returns have rarely made happy reading, but they have been an invaluable resource.

In the second half of the last century the precipitous collapse, in 60 or 70 years, from a quarter of a million speakers to fewer than 100,000 prompted a second wave of activists to fight for further recognition and lifeline support in Gaelic medium education, television, publishing and legal status.

Those battles may not have been fought and won without an arsenal of census statistics.

For more than 50 years since, a number of Highlanders and Hebrideans have anticipated the census results every ten years like football fans hanging on a score line.

Not only in hope of the decline flatlining or going into reverse, but also because the comprehensive UK census gives us demographics: the age groups of speakers, as well as their locations and fluency.

The census could tell us, in other words, if the remedial measures were working – and even which measures, such as Gaelic medium education, had succeeded or failed in introducing Gaelic to new generations, in Galson or in Glasgow.

In such ways the Gaelic experience has been an object lesson in the use of the census to inform beneficial policies.

It is not the only such example. Numerous public health initiatives have emerged from census evidence. Whole social and economic programmes, such as Highland development, have been prompted by the hard decennial reminders of chronic depopulation.

It is difficult to imagine Scottish history books without the bottomless well of detail to be hauled from the National Census since 1801.

Similarly, following the internet-driven boom in home genealogy, many of us cannot imagine life without knowing exactly where our ancestors lived and what they were doing 150 years ago.

Future generations may have to forego such joys.

Two months ago, when the framework of the current Scottish census began to creak audibly, I wrote here of the stress being placed upon it by different demands.

Then it all but collapsed. The announcement of an extension to the Scottish census deadline, which had already been postponed for a year, was inevitable. It is nonetheless difficult to see how an extra four weeks will repair the damage.

Thursday 28th April was three days short of the original deadline. Fewer than 75 per cent of Scots had filled out census forms.

The usual return is between 95 per cent and 99 per cent.

England and Wales, which took a census on schedule last year, returned 97 per cent.

This time round the Western Isles recorded a completion rate of 79 per cent and the Highland region of 76 per cent.

They were not so bad as Glasgow’s 66 per cent, but quite bad enough to make statistics about the numbers of, for example, Gaelic speakers in any and all of those places completely unreliable.

Aside from a display of gold standard incompetence, what were the reasons?

The Scottish census minister Angus Robertson thinks that anxiety about the Ukraine war caused Scots to neglect the census.

Many of his supporters accused their political opponents of boycotting “Scotland’s Census”. Those political opponents pointed to Glasgow and the fact that there are still people in Byres Road who believe that completing a census form will steal their soul.

On top of that, some people found some of the exclusively Scottish questions to be irrelevant, tiresome or objectionable.

They probably are further evidence of a divided society which has replaced rationality with giddy feelings and identities.

We should remember that long before Thursday 28th April, the current Scottish chapter of the UK census was already sabotaged.

The unilateral decision by the Scottish Government to postpone last year’s census ensured that many people will be counted twice, if they were in England or Wales or Northern Ireland last spring, and Scotland 12 months later.

Conversely, and far more critically, an unknown number of British citizens will be altogether written out of the 2021/2022 census.

Anybody who was in Scotland on 21st March last year, the snapshot date of the English and Welsh censuses, and somewhere else in the UK on 30th March this year will not be recorded at all.

They will vanish from the UK census record for 20 years until 2031, when with luck they might mysteriously reappear.

That serial omission is not a result of the Scottish government’s cock-up this year.

It was baked in on the day early in 2021 that Angus Robertson decided to postpone, as any official statistician must have told him.

He presumably did not much care. Posterity, that much abused body of opinion, should in due course have something to say.

You might suggest, in the grand scheme of things, what difference does it make to miss a few hundred or a few thousand people out of a national census of millions?

You would be right.

There are we all, and our seanair agus seanmhair, with the precious attributes and acquisitions which marked our short span.

There we are, tiny and alone in the cosmos but dutifully recognised and recorded for all time by our civil servants, whether we lived in St Kilda or St Albans, Lochboisdale, London or Llandudno.

There was comfort in that, unless you were a resident of Scotland in the spring of 2022.

Roger Hutchinson is author of The Butcher, the Baker, the Candlestick-Maker: The story of Britain through its census, since 1801, which was published in 2017.